Google to stop reading your emails for Gmail ads – but will this make Gmail ads less effective? 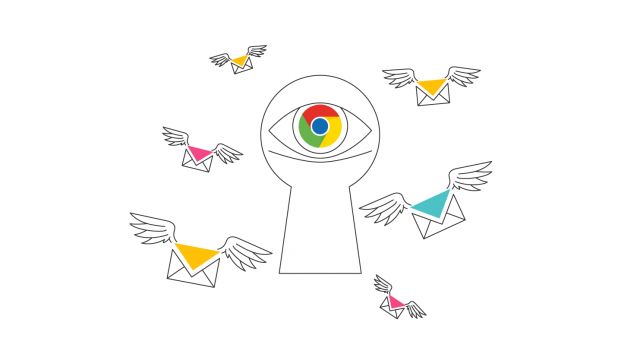 Google recently announced, that it’s going to withdraw from one of its more controversial practices, the scanning of emails in gmail accounts, for targeted advertising. The long-running practice whereby Google’s purportedly blind algorithms, sift through users’ accounts to create personalised ads, is said to end later this year.

With this change, Gmail will be based only on the user’s Google account settings, in line with the practice of ad-settings in other Google products such as Search ads, which a user will be able to control.  Quite simply, when a user opts out of ad personalisation in their Google account, it will now also apply to the ads they see in Gmail.

This change in advertising practice, comes after years of mounting pressure from privacy advocates, who’ve long complained that the scanning of email contents amounts to unwarranted ‘eavesdropping’ on users. In 2014, in response to a lawsuit, Google agreed to stop scanning email content in the student Gmail accounts for advertising purposes. Again in December 2016, in response to legal measures, Google said it would scan emails in standard Gmail accounts until after the messages arrive to the user’s inbox.

Currently for Gmail ads, Google scans the body and subject of the last few hundred non-spam emails, including deleted and archived messages, for keyword, domain and topics targeting. It then combines that information with everything else it knows about its users to build its advertising profiles for them.

The change simply means that advertisers will rely on other indicators of what ads will appeal to its Gmail users; they’ll still be able to scan all e-mails for search indexing, filtering, spam and virus detection, and the new smart reply feature (which creates three automated responses based on incoming email that users can select with a click), just not for ads.

Google will still utilise broad match keywords and topics, but instead of matching against email content, these keywords and topics will be matched to relevant interests that Google identifies based on browsing history. In addition, other signals will be monitored it accounts for when building audiences of signed-in users, who are opted into ad personalisation. As long as you’re signed into your Gmail account, Google can still root though search histories, YouTube browsing, and other Chrome activity.

But of course, the change doesn’t mean Google will stop showing ads in Gmail.

Gmail ads are predicted to have a minimal impact on advertisers. So, it shouldn’t be seen as a dramatic move, but rather as part of a wider shift to audience targeting driven by an increasing reliance on logged-in user data — demographics, search and browsing behaviour, and more — that Google utilised for personalised ads. In other words, it’s just a sign that there are more benefits to be reaped from data related to in-market and affinity audiences, for example, than from targeting keywords that show up in our inboxes.

Frederic Lardinois from Tech Crunch points out, “it’s worth noting that given how much the company already knows about all of its users, it just might not need these additional signals from Gmail.”

It’s therefore unlikely that this move is a result of Google’s change in attitude towards user privacy, but more about the benefits to be reaped from the data, its current model gather. Chances are the only reason the company would make any changes to its advertising products is because it has data that shows it doesn’t need this additional information about its users”, he said.

Although it represents a big change in practice for Google, for advertisers it’s likely to be relatively minor, largely because Google’s audience modelling has become much more powerful.

The post Google to stop reading your emails for Gmail ads – but will this make Gmail ads less effective? appeared first on FOUND.